This website grew out of the Luddite Bicentenary events of 2012.  The author, a confirmed Neo-Luddite, has belatedly come to accept the value of the internet as a medium for stimulating interest and debate not only in working class history, but also broader aspects of the development of human culture, from the emergence of Homo sapiens to today’s globalised industrial capitalism. 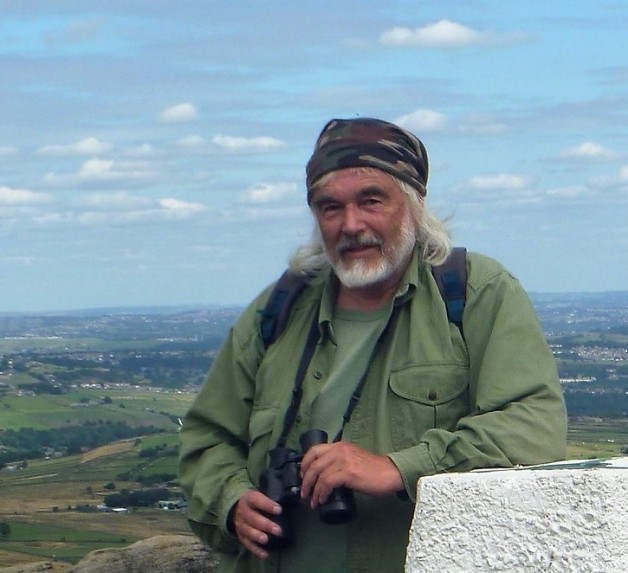 The Luddite Bicentenary Blog has shown the value of the Luddite principle of ‘Enoch has made them [the machines] and Enoch [the hammer] shall break them.’ Technology can be used against itself to curb the unfettered proliferation that is (again, in the Luddite phrase) ‘harmful to commonality’ – and to the environment –  by raising questions about just where our technocratic society is heading. Essential to this is a historical understanding of how technological society has arisen and how human ideas and social and political movements have been shaped in the process.

I am not an academic, although I have been through the academic mill and emerged relatively unscathed with my commitment to political activism intact. After leaving school, I worked for four years as a miner at Emley Moor Colliery near Huddersfield, employed as a dataler, mainly on underground haulage. I then went on as a mature student to study Ancient History and Archaeology at Manchester University. It was a realisation that I knew more about the Neolithic Revolution in the Middle East than the Industrial Revolution in my native Huddersfield that led me to pursue original research into the economic, social and political history of this influential area of Yorkshire. Along with my comrade Lesley Kipling, I have authored Huddersfield – a History and Celebration published by Francis Frith in 2005 and ‘Liberty or Death – Radicals, Republicans and Luddites in the Huddersfield area c. 1793-1823’. The latter was reissued by Huddersfield Local History Society to commemorate the Luddite Bicentenary in 2012. I have also self-published booklets on Huddersfield working class history, such as the ‘Handloom Fancy Weavers’, ‘Colliers and Hurriers’, ‘Huddersfield Hall of Science’ and ‘Honley Socialist Club’.

I believe that history and politics cannot be separated in shaping both the attitude of a culture as a whole or the opinions of individuals. I have been active in working class politics since 1969, evolving from a heretical ‘Trotskyist’ position (of believing that the  so called ‘workers’ states’ were in fact a new form of bureaucratic class rule), via humanist Marxism to Anarchism. I now feel most affinity with the ideas of Peter Kropotkin, Gustav Landauer, Edward Carpenter, William Morris, Herbert Read and the many others who have contributed to the vision of an alternative society free from oppression and exploitation. Vital to the my Neo-Luddism is a belief that humanity must establish a new relationship with the natural world and the other sentient beings with which we share this planet.

The underpinning of my view of history is that of Terence: ‘Homo sum, humani nihil, a me alienum puto’ – ‘I am a man and nothing human is foreign to me’. All aspects of human existence have some value and the often hidden history of the spread of ideas is just as important as the forgotten movements and struggles of social classes. The development of popular science, the process whereby the ideas of  intellectuals such as Herschel, Lyell, Faraday, Darwin or Wallace percolate down to ordinary people and inform their views of the world, is therefore of special interest to the author.

This website is therefore dedicated both to the heroic struggles of the working class and other liberation movements, as well as the sometimes quirky and idiosyncratic activities of human beings attempting to comprehend their place in the Cosmos and change our world for the better.

(Hopefully these pages will convince you that the above cartoon is not necessarily true!)

I would like to thank Richard Holland for his encouragement and practical help in setting up this webpage. Needless to say, any faults in the content are entirely due to myself.