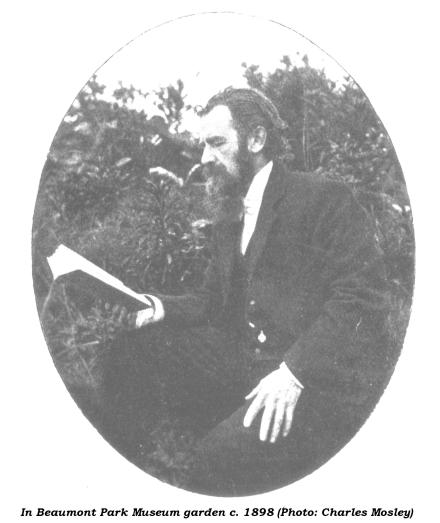 Seth Lister Mosley aged about 50. ‘I never read fiction: Facts in Nature are so numerous and so strange that I have no room for fiction in my life’

[Since this was first published Kirklees Council have announced that complete closure of the Museum is now being considered .  4 July 2016]

With further impending budget cuts by Kirklees Council it seems inevitable that Tolson Memorial Museum at Ravensknowle will be effected. Even if there are no serious cuts leading to reduced opening hours – or worse – the withholding of resources will have a serious impact on the fabric of the building itself. The roof, which suffered a lead theft a decade or so ago, is badly in state of repair…and any building is only as good as its’ roof. The attic storey is home to one of the most important collections of Entomological specimens, particularly Lepidoptera, in the country. These insects, some over 130 years old are extremely vulnerable to atmospheric conditions.

As my contribution to the campaign to safeguard Tolson Museum’s future I have decided to publish on-line the chapter from my biography of Seth Lister Mosley, describing his role as the museum’s first curator and the establishment of the museum from 1920-1925. This book ‘Harmless Oddity?’ is still a work in progress and the present chapter is in a form that lacks all the footnotes and references. However, the sources are usually evident from the text.

I hope that this story of devotion and dedication will inspire people to value the museum as a vital part of our local heritage and a jewel in the cultural history of the town and district.

This is Chapter 7 of the proposed book so a brief introduction has been added to set the scene. Other papers on local naturalists which provide more historical context can also be found on the website.

Seth Lister Mosley’s association with the proposed Tolson Memorial Museum at Ravensknowle began as it continued – with Seth at loggerheads with the Museum Committee. Some of this was rooted in a long battle with the Corporation to establish a local museum and frustration at their lack of support when he was curator at the Technical College Museum. How far it was a result of personal friction with Dr Thomas William Woodhead, a long time colleague in the Huddersfield Naturalist’s Society, and now head of the biology department at the Technical College, is not clear. What is certain is that Seth’s strong opinions and missionary zeal undoubtedly got people’s backs-up. He was determined to plough is own furrow, but no one could deny the contribution he had made to the study of natural history and to the museum movement. Seth was also both proud and sensitive to the fact that that he was self-educated and had little formal education.

Almost an archetype of the Victorian ideal of self improvement he was frugal, a temperance advocate and driven by the urge to pass on his learning to others, which he did in a prolific flood of pamphlets, journals, serialised books, newspaper articles, drawings, lectures and sermons. He was an expert communicator and populariser – but as such his output lacked the precision, depth and rigour demanded by more academically trained scientific minds. His conversion from secularism to a non-sectarian, almost pantheistic, version of Christianity in the early 1890s, led him to what others saw as fads and mysticism. His reverence for life extended from vegetarianism to a condemnation of killing creatures for any but the most strongly justifiable scientific reasons. This placed him at odds with some naturalists and museum committees, who still saw the accumulation of collections of specimens as the ideal. His strongly held moral opinions probably made him seem ‘holier than thou’ to some people. 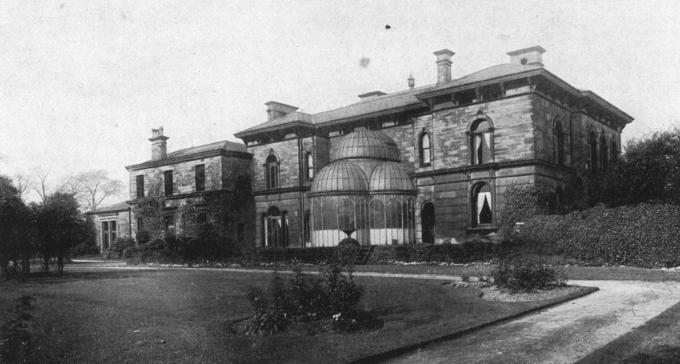 When Seth Lister Mosley received Dr Woodhead’s proposal for the new museum, before he had an inkling that the matter was even being discussed, he immediately suspected an attempt to sideline him. He wrote in his Huddersfield Examiner column, ‘Nature Around Huddersfield’, on 6 September 1919,

‘I have received a pamphlet entitled ‘A Scheme for the Development of a Museum’ which seems to have emanated from a meeting of representatives of the Corporation. As head of the present museum it seems strange that I should know nothing whatever of the matter until the pamphlet was printed…’

To add insult to injury the copy arrived with a covering letter, ‘You will be glad to be informed…’ Seth, who was always at pains to point out his life-long association with museums, was stung to retort, ‘I have been informing myself on museum matters for the last sixty years and have developed a scheme of my own which for years I have been anxious to lay before the proper authorities, but I have hitherto been unable to do so…’ He listed some of the famous museums he had done work for and threw all his cards, including his ace, onto the table, ‘I am not only willing but anxious to work in co-operation with anyone who is competently interested in a town museum, but I can not be easily expected to be dictated to or accept a scheme in its entirety in the construction of which I have had no part and which entirely overlooks the main point’.